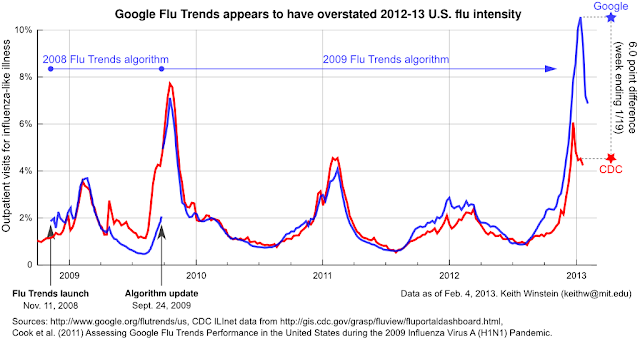 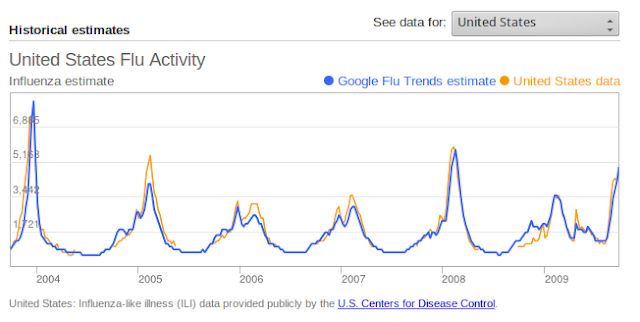 Although there is nothing incorrect about this plot, there are a few things that Google could make clearer to reduce the possibility of confusion among readers who have not closely read the scientific papers:
The fact that Google decided not to update the model for 2012-13, and subsequently the model performed poorly in 2012-13, suggests that the procedure for deciding when an update is necessary may need to be reworked. On the other hand, it's possible that even if Google had updated the model, the divergence would have been just as bad (or worse). The difference may mean different things for how Google Flu Trends can be improved in the future. These are questions I sincerely hope Google examines and answers in a future scientific paper or Web site update.
Posted by Keith Winstein at 8:41 PM