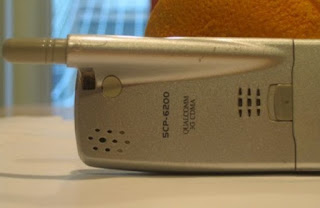 Pretty sad! But hey, it's 3G. In truth, a lot of boring factors control the performance of your cell phone data transmissions, principally:
You might notice that all of these meat-and-potatoes factors involve the carrier spending money, and they all involve gradual improvement in behind-the-scenes infrastructure that's hard to get customers excited. Persuading you to buy a new cell phone with a sophisticated modem and sign up for a two-year contract is a different story. So they don't sell you something measurable where they could be held accountable; they sell how sweet it feels to be using a sophisticated radio modem protocol to talk to them.
Don't get me wrong -- UMTS and EV-DO are sophisticated protocols, and a lot of smart people and clever techniques made them legitimate engineering accomplishments. But the boring factors -- the raw resources being shared among the nearby customers -- dictate your performance just as much as incremental improvements in the air interface. What we really ought to care about is the same as with any Internet service provider -- the throughput and latency and reliability you get to the endpoints you want to reach. That's what matters, not the sophistication of one piece of the puzzle.
If the carrier sold you "384 kbps Internet access anywhere in the coverage area, outdoors," that would be something you could hold them accountable for. The carrier might even have to put a brake on signing up new customers until it could build new towers or license more spectrum for everybody to share, if it made that guarantee.
Some have proposed even more freely enterprising business models -- like having your phone get minute-to-minute bids from the local towers on who will carry your traffic for what price, and accept the lowest bidder who offers acceptable performance.
Selling you "3G" -- well, that's a lot easier to live up to. And it changes every year. So don't tell me how many G's your new phone has. We've loved and lost so many G's at this point. Tell me you got a new phone where you pay to get 1 Mbps and 100 ms rtt to major exchange points. When the market moves forward enough to make that a reality, that'll be a generation worth celebrating.
Posted by Unknown at 8:00 AM 3 comments: